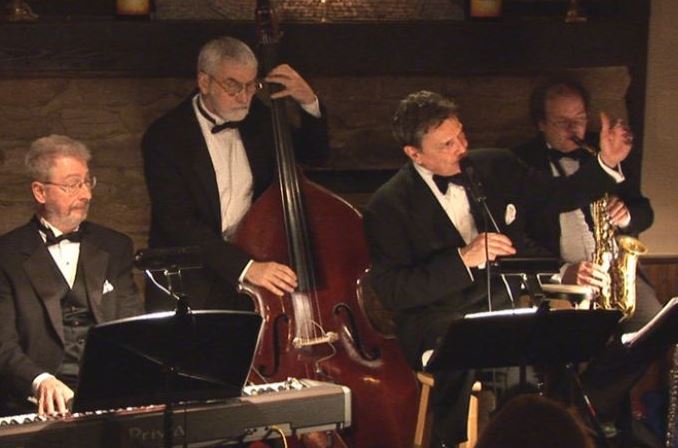 Columbus native Brian Michael Smith is well known as the area’s premier performer of the great American Standard. He has earned his incomparable reputation both here and on the New York scene where he performed for thirteen years in Off-Broadway productions, Manhattan nightclubs and most notably, at the world famous Rainbow Room at Rockefeller Center.

Since returning to Columbus, Brian has not only established the Brian Michael Smith Quartet, he has continued to wow audiences as the featured vocalist with the John Vermeulen Octet, Vaughn Wiester’s Famous Jazz Orchestra and Rick Brunetto’s Big Band.  Brian has performed at the Columbus Jazz & Rib Fest, Newark’s Midland Theatre, La Scala Italian Bistro, the Hollywood Casino and the renowned Valley Dale Ballroom as well as countless corporate, philanthropic and social events, including wedding celebrations.  His unsurpassed “Frankly Speaking…” show presents the songs of Frank Sinatra as only Brian can sing them – with a pure voice and his own impeccable style.

Whether your event requires a big band, octet, trio or the intimate performance of a vocalist with piano accompaniment, Brian is a true professional whose music will add a touch of class and charm to the festivities.  Here’s a sampling of his past performances:


Brian Michael Smith with his 3-piece


Fly Me to the Moon