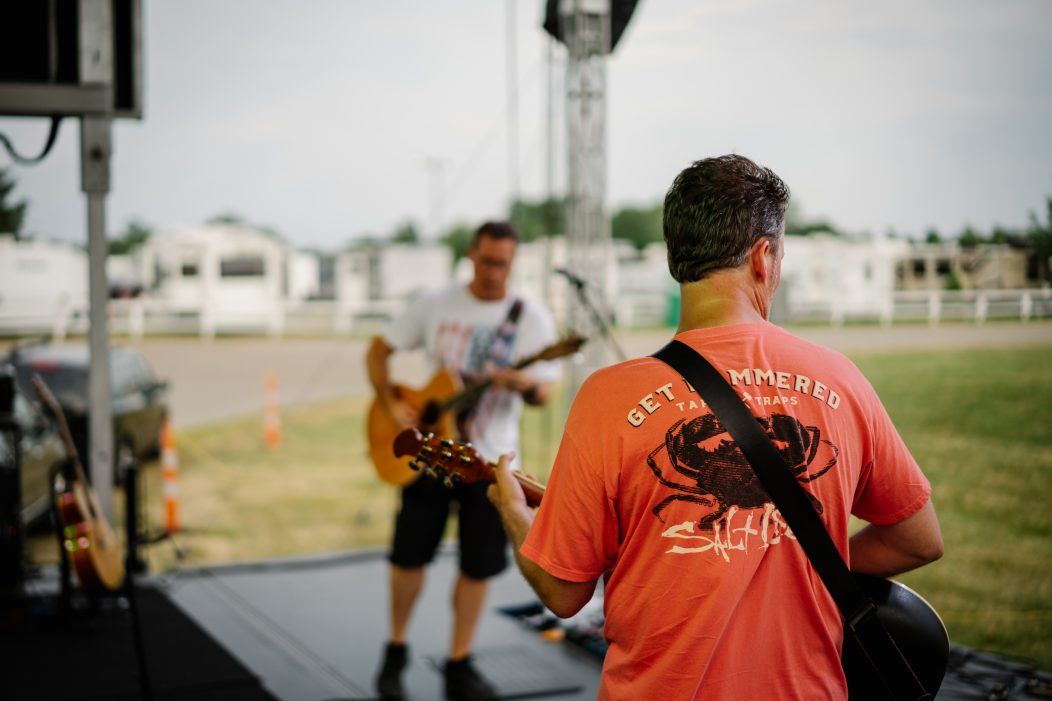 All your favorite songs from the 60’s through today – any and all genres are fair game in the Dan & Paul Acoustic playbook!

Dan & Paul is an acoustic duo from central Ohio with a passion for vocal harmony and acoustic guitar.

Dan, to quote Charlie Daniels “was raised on beans and cornbread and likes his chicken fried”. His Dad was a country singer and thus Dan was exposed to all of the early country music legends like Merle Haggard, George Jones, and Hank Williams. But as those rebellious teenage years came along Dan drifted towards rock-n-roll and was a fan of everything from the early greats such as Chuck Berry and Elvis all the way to the glam rock of the 80’s. Rap, reggae and R&B can also be heard anytime he fires up the ol’ iPod.

Paul is also a human jukebox on wheels. If he’s heard it, he can play it. His musical foundation is firmly rooted in all of those great acoustic singer/songwriters from Simon & Garfunkel to John Denver and the great James Taylor. 70’s AM radio was a great influence in Paul’s formative musical years. As the years went by however rock-n-roll was not to be denied and Paul spent many years emulating all his favorites from Led Zeppelin to Bon Jovi. His musical influences and taste stretch far and wide.