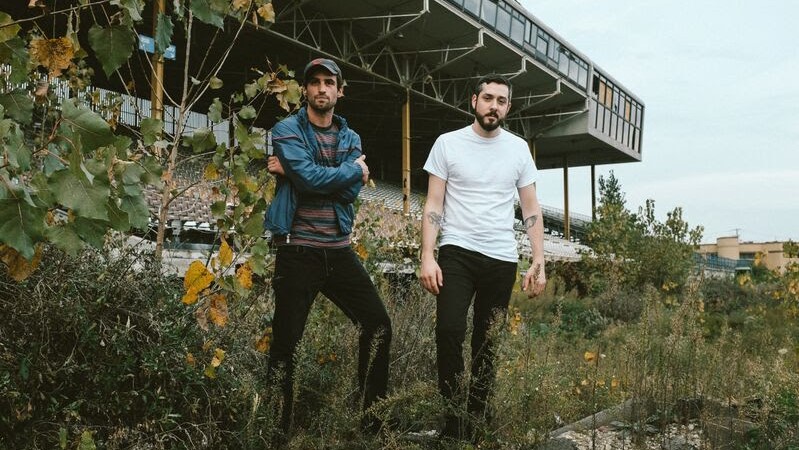 When longtime friends and new collaborators, Elliott and D’Andrea, entered their first partner songwriting session, a shared love for narrative and natural knack for soulful melodies spurred a prolific outpouring of tunes. The pair recognized this compatibility and called upon creatives in local company to complete the project. Members of Mojoflo, Forest and The Evergreens, George Barrie Band, Hebdo, New Thousand and many more continuously contribute to the collective.

“Like everything we’ve done so far this album truly took a village,” says Doc Robinson. “It was a community project from start to finish, with all our musical brethren pitching in and sharing their talents to color in our crude sketches and create a tapestry that reflects a little bit of all of our experiences.”

Yo!! We’re releasing a new single called “Take Me by the Hand” on July 9th. Our first release in two years! 💥
*You can pre-save & pre-order the tune in advance by clicking the link in our bio👆Much love! 🙏🏽🧡

Yesterday I released the first of 4 solo EP’s I have coming out this year. It’s called “I Have” and I made it with the insanely talented @JustinGlasco and you can listen to it all the places!

The Brook & The Bluff@brookandbluff·
21 Apr

Petals on the Floor is the 3rd track on Yard Sale (Side A), which is out in TWO DAYS. We recorded a live session of the tune that premieres at 11am CT Friday on @YouTube. See u then!!
http://fanlink.to/TBTB-Petals-Vid