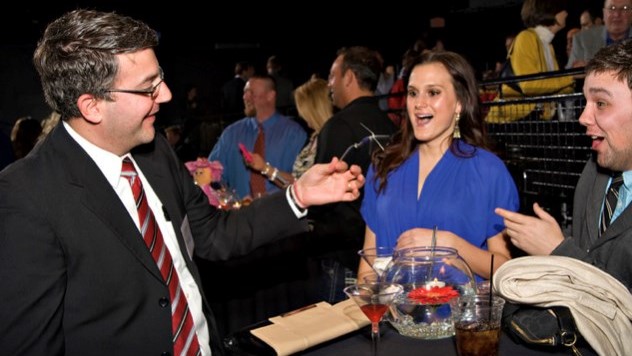 Born in Wheeling, West Virginia and raised in Martins Ferry, Ohio, Eric began performing magic in 1984.  Since 1984, Eric’s magic has taken him throughout the United States and Europe. Eric has performed for literally tens of thousands of people since he began performing professionally, and his magic consistently receives rave reviews. Eric also regularly performs magic as a volunteer at Columbus Children’s Hospital.  Eric specializes in comedy magic for corporate events, private parties and wedding receptions.  His magic is high-energy, very interactive and appropriate for all ages.  If you want to make your next event an unforgettable magical experience, look no further.

With an emphasis on audience participation, Eric strives to create an unique magic experience that your guests will never forget. Understanding that each event is unique, Eric works closely with each client to customize a performance to meet their needs.

“Your magic is the talk of the Department. The best party we have ever had thanks to you!” – AEP

“I want to say a great big THANKS! You were a hit!! Everyone stayed for the entire party for the first time EVER and it’s all because you were there.” – The Ohio State University.