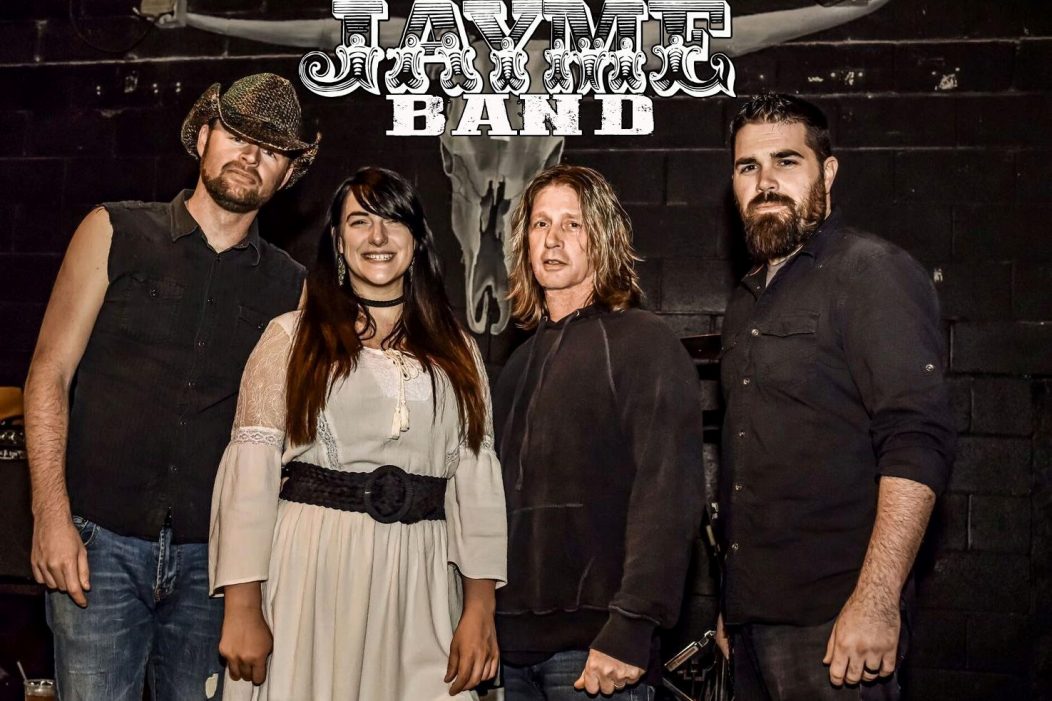 JAYME has fused a wide range of musical influences into their country sound and every song the band performs will leave you captivated and wanting more!

It all began with two people who found each other through music and who share a love and passion for performing and writing music. Singer-songwriters Guitarist Jason Roy and Lead Vocalist Amy Newhart joined together to form the American Country Music Duo known as JAYME in 2014. In 2017 the acoustic duo expanded into a trio, adding Brandon Pichot (bass & lead guitar) to their ensemble and soon after, drummer Tim Purdin in 2018 to create a full band experience. They fuse a wide range of musical influences into their country sound and Amy Newhart showcases her range and clarity with her phenomenal voice. Every song JAYME performs will leave you captivated and wanting more!


JAYME Live with a String of Hope (Just Another Rain Song)