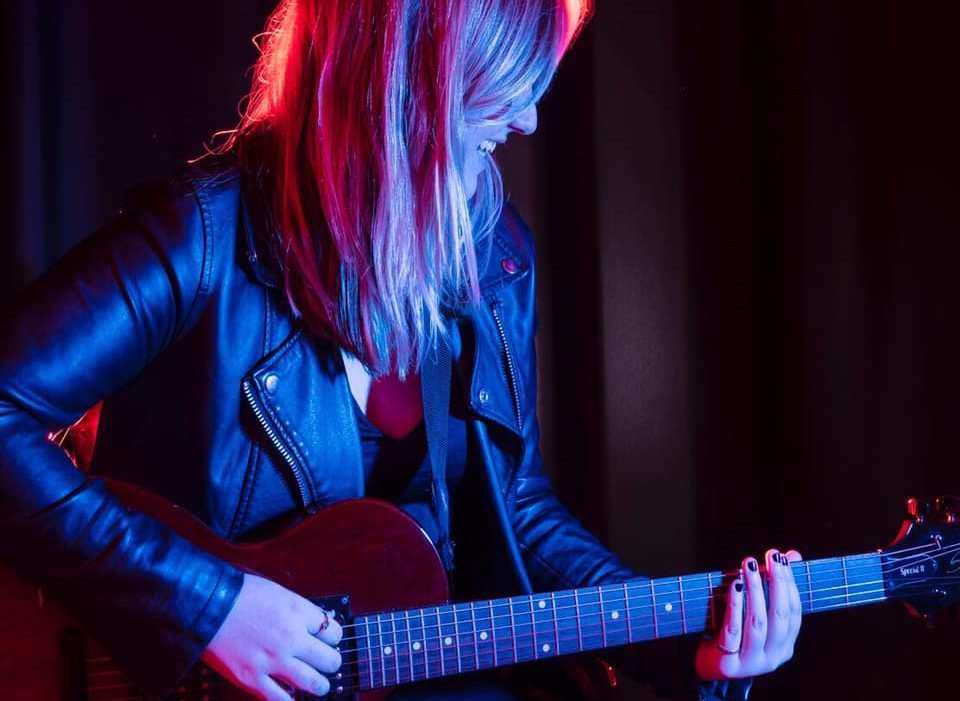 Megan’s music relies on her own truth and experiences, expressed in the forms of honest lyrics, energetic guitars, and stunning harmonies.

Megan Wren is the frontwoman, songwriter, and guitar player of her band of the same name, providing a classic rock energy for the current day. Her music relies on her own truth and experiences, expressed in the forms of honest lyrics, energetic guitars, and stunning harmonies. Her current influences include the likes of Larkin Poe, Queen, Fleetwood Mac, and many more. Megan leaders her community of Wrenegades, which includes everyone from her most devoted followers to newest audience members. The name is inspired by Megan’s values of owning your truth, going after what makes you happy, and upholding a sense of your community.

Megan grew up in Cincinnati, picking up the guitar at age eleven and beginning to perform shortly after. Her teenage years were spent working at a local music store and expanding her abilities as a vocalist, guitarist and performer. She went on to study music production, releasing her debut 6-song EP Sympathetic Vibrations (2018) during her undergraduate studies at Ohio University. Following the EP’s release, Megan played nearly 80 shows while completing her last year of school and also working as a recording engineer. She now lives in Athens, continuing to work as an engineer and producer, traveling around central Ohio to perform.