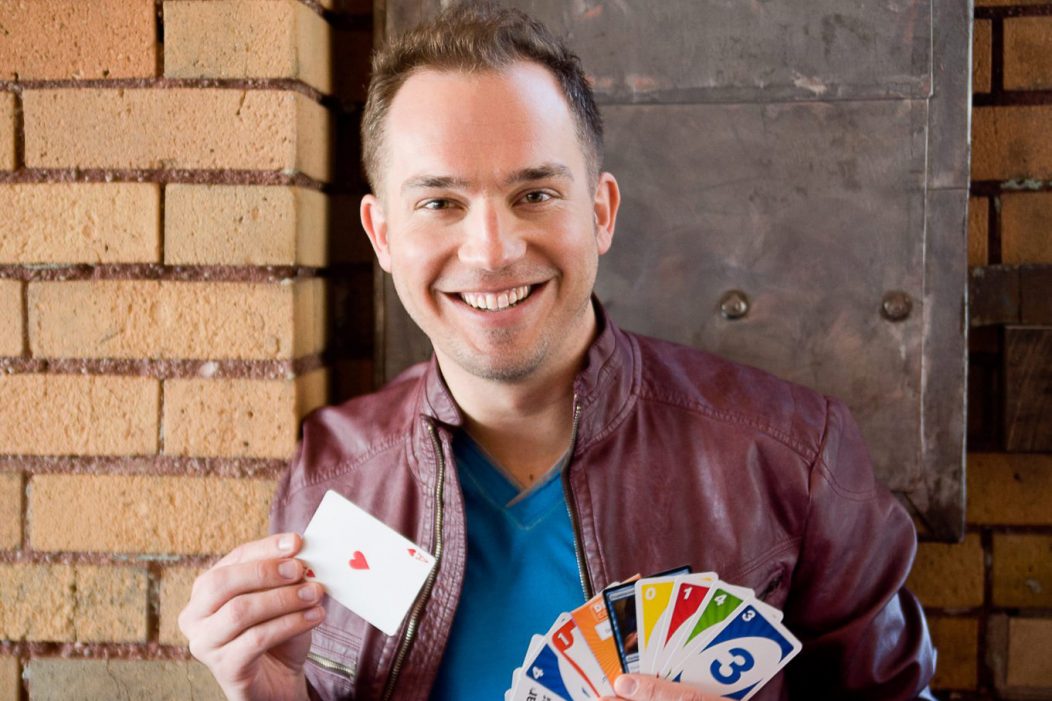 Michael Kent is a Comedian and Magician from Columbus, OH. Performing for colleges and corporate clients across America, Michael offers an impressive ability to connect with every audience he encounters.  He studied Communication, Linguistics and Theater at The Ohio State University and has studied at the world-famous Second City comedy theater in Chicago.

He has performed for audiences all over the globe from The Magic Castle in Hollywood to US Troops serving overseas in 13 different countries. He’s been seen on the hit television show “Penn & Teller: Fool Us!” and has been named “Entertainer of the Year” by Campus Activities Magazine and “Magician of the Year” by APCA.

Comic, Magician, Smart@$$!!  An interactive stand-up comedy-style magic show will have your guests rolling and scratching their heads! Perfect for cocktail hour! Close- up strolling entertainment that happens just inches from your guests’ eyes! Keep your event moving by having Michael introduce guests & make announcements, sprinkling in magic throughout!

Michael Kent’s philosophy on entertainment is to put your guests at ease by entertaining them in a way that is friendly, conversational, and absolutely spellbinding.

Really excited for Monday's upcoming episode of @TheNetSaysTrue - it's all about the dumbest riot in the history of America and features guest, @HalSparks! Supporters have access to it now on http://patreon.com/michaelkent

Quote of the Day: "The very essence of instinct is that it's followed independently of reason." - Charles Darwin

Quote of the Day: "Words are but pictures of our thoughts." - John Dryden