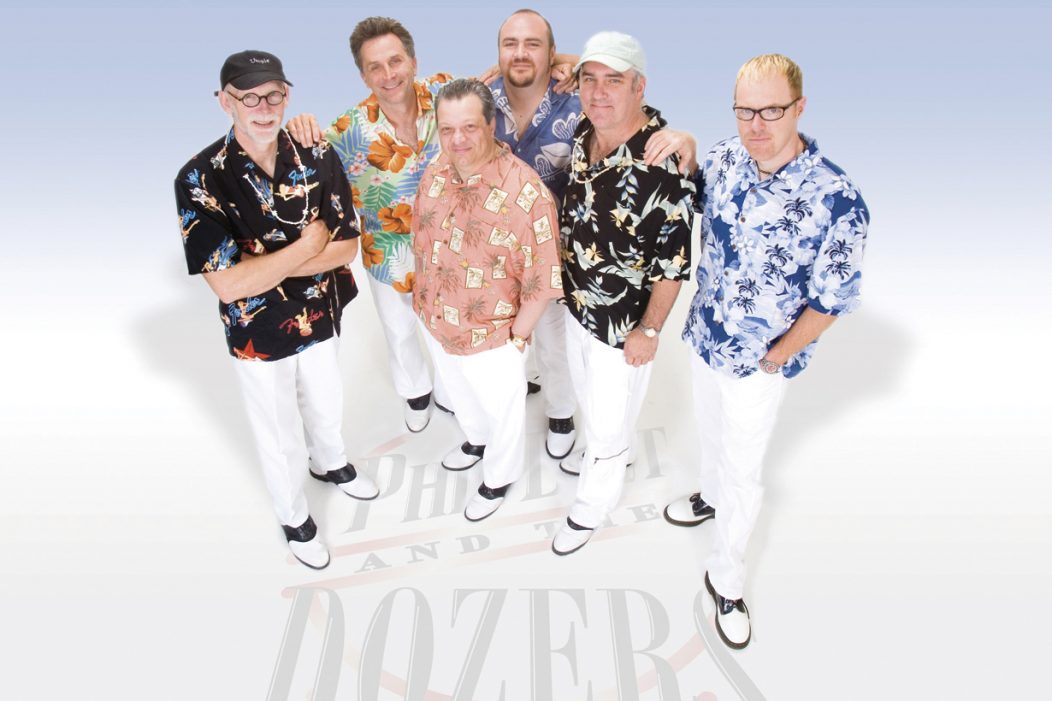 Join Phil Dirt & the Dozers on the ultimate musical journey – Come travel back to a time when life was more simple, the world a bit smaller, and the cost of a new Chevy was about $2000.00. A time when poodle skirts, saddle shoes and the corner drug store were all part of everyday life. Seem like a long time ago? It really doesn’t have to be!

America’s premiere “Rock ‘N R’oldies” review (and the most popular vintage rock and roll show in the nation) will help you recapture those wonderful days! With their musical talent, high energy and contagious sense of humor, Phil Dirt & The Dozers will transport you to another time and place . . . namely, the 50’s, 60’s, and 70’s of Rock and Roll! Imagine hearing The Four Seasons’ Sherry with the original falsetto vocals intact . . . or the hauntingly beautiful Righteous Brothers’ Unchained Melody or their You’ve Lost That Lovin’ Feeling or the beautiful ballads of Roy Orbison including Pretty Woman and In Dreams. Party on the beach with The Beach Boys and Jan and Dean. And imagine the Platters’ soul-stirring Only You performed with all the scratches and skips found on a well-worn 33 1/3 record, the way The Dozers first learned it! The Phil Dirt Time Machine also stops in the ‘70’s, where you’ll experience some of this decade’s greatest hits including those from the Doobie Brothers, Grand Funk Railroad, The Eagles and even the O’Jays.

The Phil Dirt & the Dozers’ nostalgia show encompasses three decades of great music and is performed absolutely live with a sophisticated yet lighthearted approach that creates an atmosphere all age ranges will enjoy.