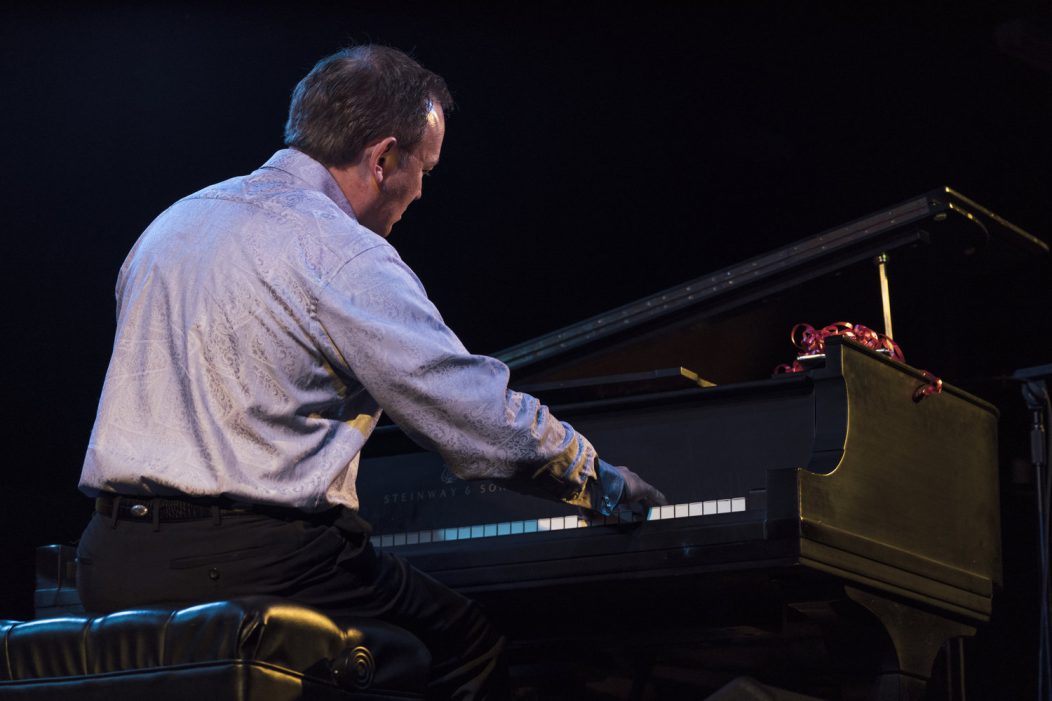 Raised in the suburbs of St. Louis, MO, Steve Banks has spent most of his life in the Midwest. At the age of 5, he started taking piano lessons and by the age of 10 realized his natural ability to improvise. At age 11 he won a first place award at The Peabody Hotel in Memphis, TN for his piano performance. From that point on, Steve began using his musical talent by performing at school, church and city events. Numerous musical influences ranging from Christian to pop artists helped shape his style. With many chances to be on stage, Steve sharpened his ability to entertain and communicate with audiences. But his faith has had the most influence on his life, which is evident in his music through a distinctive, emotional touch and feeling that seems to make the piano keys speak.

His most recent album, Eternal, is his first recording of all original compositions accompanied by some of the top musicians in Nashville. Being a popular and well-known musician in the Central Ohio area, Steve entertains guests regularly throughout the city. He has entertained at the Governor’s Mansion as well as at many corporate functions, weddings, and private engagements in the Columbus Metro area. Since 1993, Steve has served as the staff pianist and Music Director at the popular and well-known Liberty Church (www.libertybarnchurch.com) in Delaware, Ohio. Currently residing with his wife, Nina, in the Columbus, Ohio area, Steve leads a full time career in music and has a daughter with a natural ability in music, two step daughters, two step sons and five beautiful grandchildren.

It Is Well - Steve Banks Piano