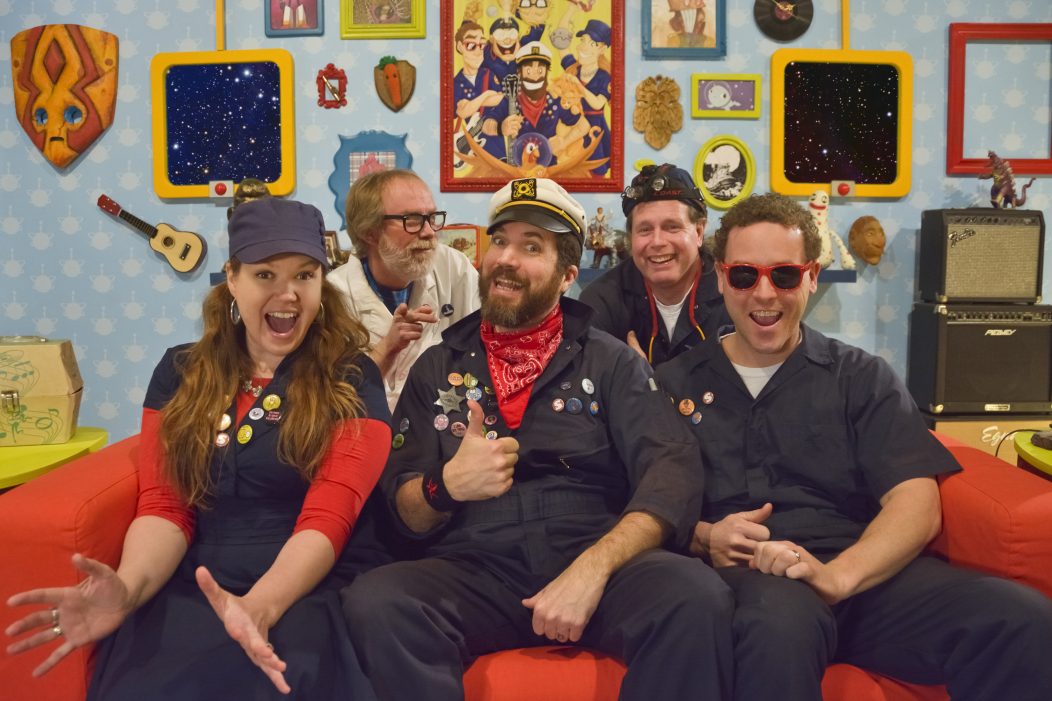 The Shazzbots provide a full scale rock show for kids and families, with a focus on music, art and creativity. Oh yeah, and DANCING!

Ohio’s only all-original kid’s rock band! We stress music and art and creativity through our brand. The Shazzbots are entertainment for the entire family! The band has been active for the past 10 years. We have played 100’s of shows around the central Ohio area. We have released 2 full-length albums(GO! and BLAST OFF!), with a 3rd one to be released this year (LIGHTSPEED!). We have filmed a pilot episode of a TV series (available on Amazon) that has garnered 3 regional Emmy awards.

The Shazzbots are a 5-piece band and crew of a spaceship traveling from planetto planet, bringing their music and fun to all the families of the universe! 90% original songs (My Cat’s Name Is Peanut Butter, MILKSHAKE!, Potluck At The Zoo) and 10% choice covers (Sesame Street, Schoolhouse Rock), our goal is to get the kiddos and the parents (and grandparents!) up dancing and singing along with us!
The Shazzbots… A little bit of learning and a whole lot of fun!

The Shazzbots perform at the 2017 Columbus Arts Festival!


Milkshake! by The Shazzbots - The best kids song about milkshakes!