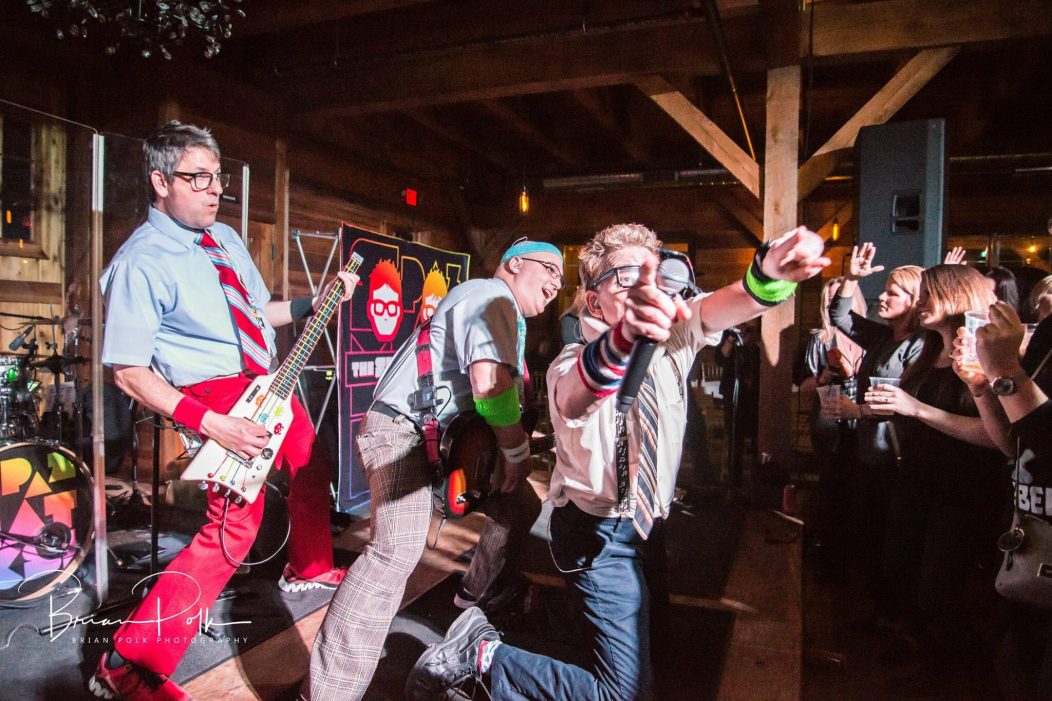 In a wold of diminishing intelligence, and questionable talent, four brave men stand alone in the fight for the de-simplification of technology. They long for the day when science was wielded only by the true geniuses,and computers were the farthest thing from being user friendly.

Four men, united by pocket protector and bad hygiene, decided that no longer would they live in obscurity, content only being masters of cyberspace. They bravely caste aside their fears of rejection and decided that the time is right for geeks, nerds, and dorks to be proud of their taped up glasses an dill-fitting clothes, and restore “their’ music to it’s rightful place.

Now is the time to fulfill the need for dweeb. And so Davy, Neil, Myron and Winston became THE SPAZMATICS…a rare combination of brains and beat. Their mission, to take you on a journey back to a time when synthesizers, drum machines, and infectious beats had preppies and yuppies moving to the nu-wave groove of the geeks they despised. A time when day-glo clothing and hairstyles resembling geometric shapes were the norm. Back when MTV ruled, Michael Jackson was cool and VH1 was for the old folks.

The Spazmatics "What I Like About You" and "Whip It"

We had a blast being back on the Poteet Lions Club stage at the Poteet Strawberry Festiva! We hope you had a great time! Thanks for coming out and partying with us, we ❤️ you nerds!

Hey Nightcrawlers! The party isn’t stopping now. Head on over to #thevenueatx for @TheSpazmaticsTX! Don’t forget to grab your drink tickets at the door!

Sitting around trying to figure out what the heck you’re going to do with your friends on a Wednesday night? Wellllll, you’re in luck 😋 We have a Wednesday night residency cedarstreet!… https://www.instagram.com/p/BtjyaI_Fhus/?utm_source=ig_twitter_share&igshid=169irjpi7y8v7

Helloooo friends! Happy freakin’ Wednesday! We’re going to be having some fun..ya know doing some nerd activities tonight cedarstreet! Would you like to join us?… https://www.instagram.com/p/Bs_0l5UF4Qr/?utm_source=ig_twitter_share&igshid=tbpt7uumi33f