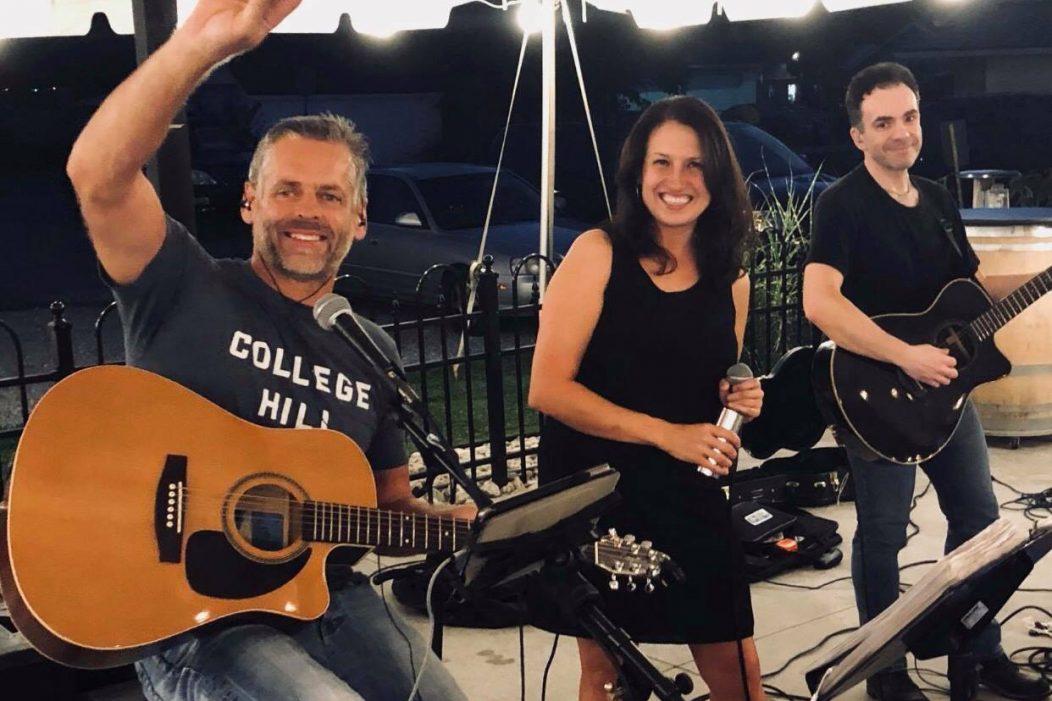 The product is already in the wishlist! Browse Wishlist
Velvet Crush Unplugged is a 3 piece acoustic band formed in July 2016 from parent band, Velvet Crush, a popular party/rock cover band out of Dayton Ohio (formed in 2002).
David Garwood, lead singer and bass player of Velvet Crush and Dave Hurley, electric guitarist of Velvet Crush, are joined by vocalist Dana. Singer/song-writers and multi-instrumentalists, Velvet Crush Unplugged enjoys putting a unique spin on a variety of songs from the 80s, 90s, and today, as well as performing some original songs upon request. Velvet Crush Unplugged incorporates beautiful three part harmonies, light percussion, and two acoustic guitars, with an upbeat, contagious energy. You can expect different musical styles, from classic and indie rock, to your current rock and country favorites… from Smashing Pumpkins and Coldplay to Jason Aldeen and more.