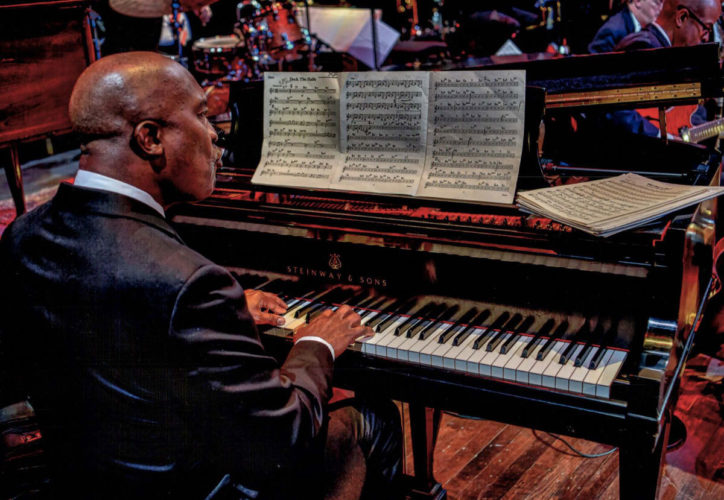 Renowned around Columbus and in jazz communities all over alike, Bobby Floyd brings true artistry,

The passion with which Bobby Floyd plays piano, organ and keyboards are the result of his natural ability discovered at the age of two, his love of music, and years of practice. Whether performing jazz or gospel, as a soloist, with a trio or big band, his feel is unique and inspirational leading him to many distinguished appearances around the world.

In his hometown, Columbus, Ohio, Bobby has been a feature with the Columbus Jazz Orchestra, the Columbus Symphony, and ProMusica Chamber Orchestra sharing the stage with Dionne Warwick, Doc Severinsen, Arturo Sandoval, Faye Robinson and many others. He has also appeared in a variety of performances opening for Spyro Gyra, Smokey Robinson, Stanley Clark, and George Duke, as well as accompanying other artists like David “Fathead” Newman, Bobby Watson, Greg Osby and Billy Hart.

Mr. Floyd currently performs with his band (Derek DiCenzo on bass and lead guitar and Reggie Jackson on drums). Members of the group add just the right mix of talent and experience to produce an appealing sound that goes well beyond live entertainment.

Bobby Floyd - The Man I Love


Bobby Floyd - Georgia on My Mind