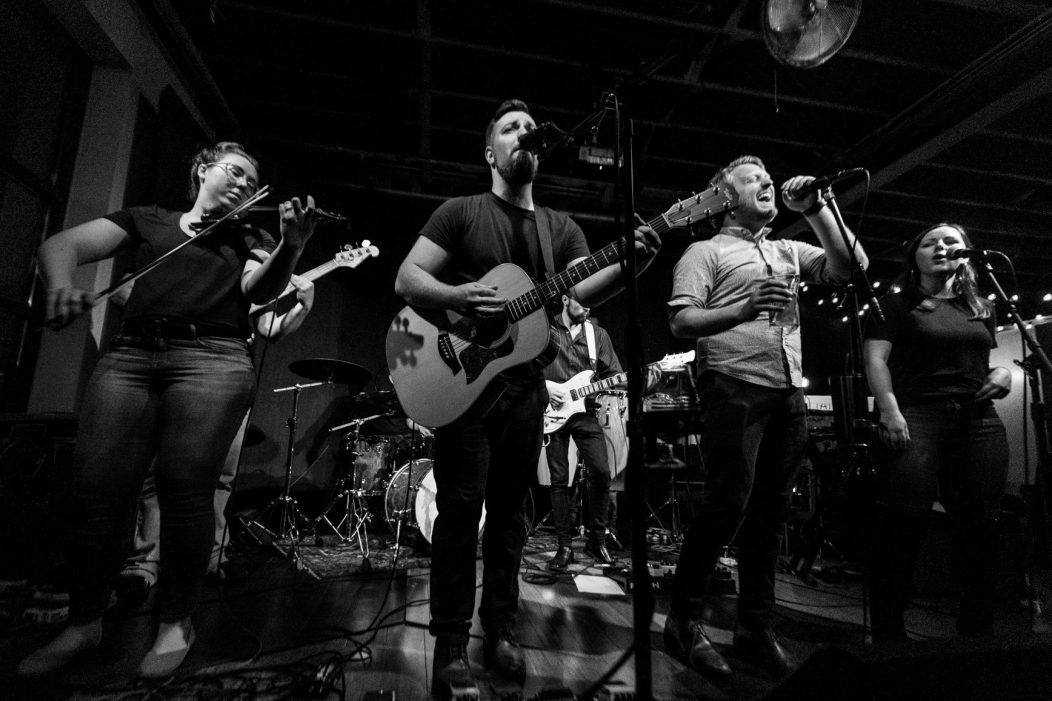 An eclectic and versatile music collective with influences from blues rock, folk and hip hop.

Red Healer is the perfect “good vibes only” soundtrack for the summer, fusing folk and soul with light-hearted lyricism that never takes itself too seriously. There is a strong chemistry on stage due to them playing together for years, and a good energy that aims to include everyone in their endeavor to spread a positive message.

Formerly Clemens & Co, we rebranded during the COVID pandemic to focus on positive, inspiring music for a world that can be challenging.

Clemens & Co is fronted and founded by singer/guitarist Eric Clemens, who began frequenting open mics as a young teen and grew to love playing music with many different types of musicians. In 2013, he and his roommate Mike Stull formed the acoustic duo Mountain River and posted a string of covers and originals on YouTube, following them up with live performances at Java Central Open Mic in Westerville, Ohio. The following year, he and Dani Harness formed Brave Weather, originally an acoustic duo which, after a year and a half, turned into a four piece band with bassist Efrum Imler and drummer Kenny Caterer.  Brave Weather played their last show together in 2017.

As a musical collective, Clemens & Co takes on many different forms ranging from a solo act to a band of 10 musicians, often fusing genres like blues rock with folk and hip hop.  The band is currently booking festivals and shows in Columbus and the midwestern area of the US.