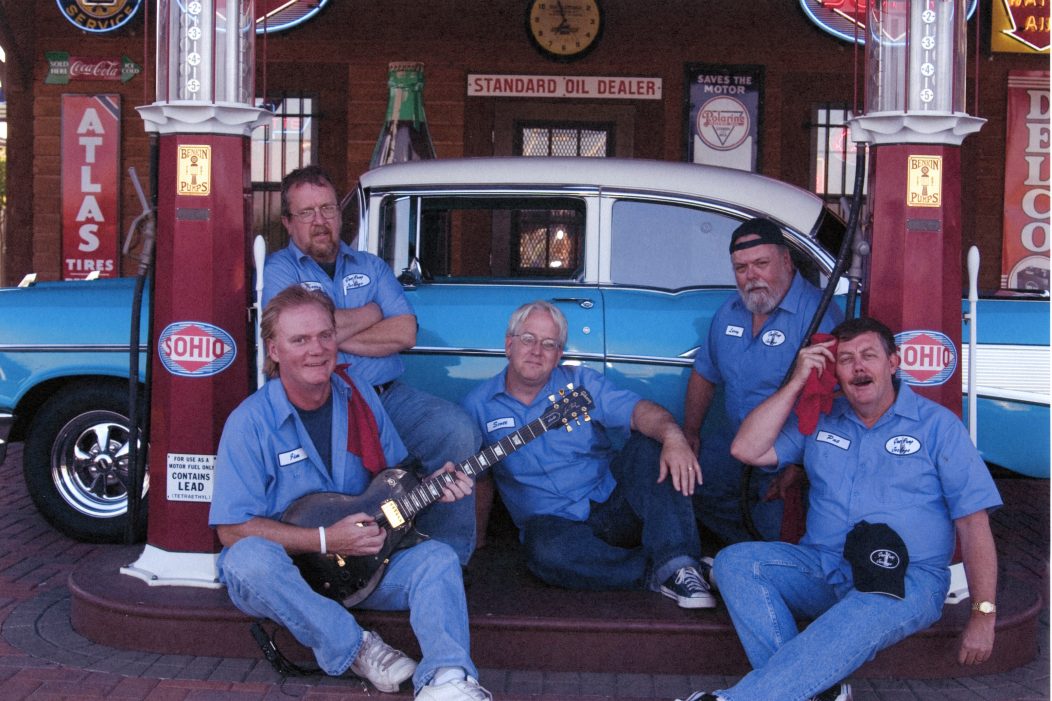 The Gas Pump Jockeys are a premiere “oldies” band that plays great songs from the “Big Chill” era, as well as comedy. They provide more “songs per mile”.

The Gas Pump Jockeys are a five piece band, presenting a music and comedy show with songs you know and love from the 60’s and 70’s. The band has been performing in venues from small clubs to large halls and outdoor festivals since 1984. The show features great music, comedy, retro attire and props. Included are parodies of songs such as the band’s remake of the Temptations’ great tune, “My Girl”, now rewritten and called “Midol”. Your audience will roar at this hilarious presentation!