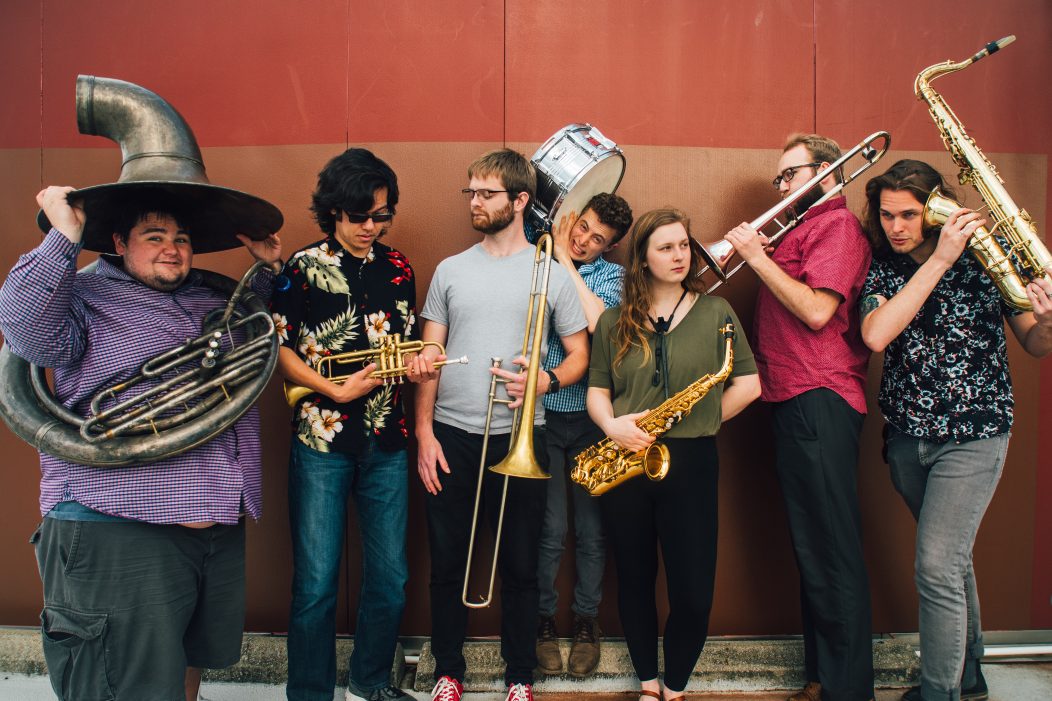 An engaging and youthful brass band to keep crowds dancing and feet tapping.

Formed in Athens, Ohio in 2017 by eight Ohio University students, the Largemouth Brass Band  now resides in Columbus with a few new faces. Largemouth keeps the party alive with a variety of music, combining traditional New Orleans second-line with hip-hop, funk, pop, and jazz fusion. This combination of popular covers, traditional jazz, and new original music is fun for all ages and venues- whether it be the parading of city streets or the local dives.  In addition to being the life of the party, the band members teach at public school districts, universities, and private lessons teaching studios- spreading the power of music through music education. After the 2019 release of their debut album, LARGEMOUTH BRASS (comprised of all original music) the band now maintains a regular performing schedule- playing at venues and festivals all around Ohio and the Midwest.