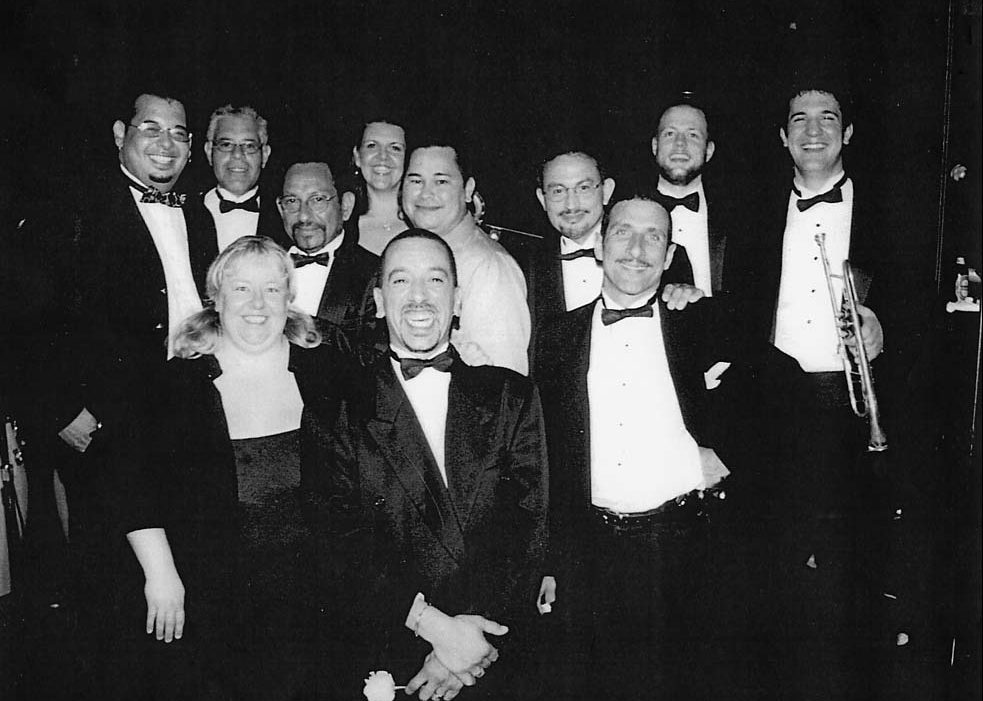 Sammy de León is one of the most recognized Latin bandleaders in Northern Ohio.

Sammy de León is one of the most recognized Latin bandleaders in Northern Ohio. He plays the timbales, a twin set of metal-encased, single-headed drums with a cowbell and a cymbal on the side. He began to play professionally at age 13 and has since played alongside the greatest of the genre: Tito Puente and Grán Combo de Puerto Rico, among others.

De León is the eighth child in a large Puerto Rican family of thirteen (8 girls and 5 boys) from Lorain. Neither of his parents were professional musicians, but Sammy remembers that his mother sang a around the house, and his father, who worked for Ford Motor Co. for 25 years, played the Puerto Rican cuatro during the traditional Christmas “parrandas.” Sammy joined the drum core in 9th grade at Admiral Kind High School in Loraine and began playing professionally as part of Trio Puerto Rico at age 13. After graduation in 1979, he became a full-time performer and never looked back. He joined Cobra, a Latin rock band, and continued with other bands: first Orquesta Charambó in the mid 1980s, and later with Impacto Nuevo in the 1990s, which he co-directed with Nelson Orta. He also participated and recorded with the late, Cleveland area Latin jazz pianist Roberto Ocasio. For the past decade, he has fronted his own band, Sammy De León y Su Orquesta. The band plays a broad spectrum of dance music styles, and has gained a multi-cultural audience.