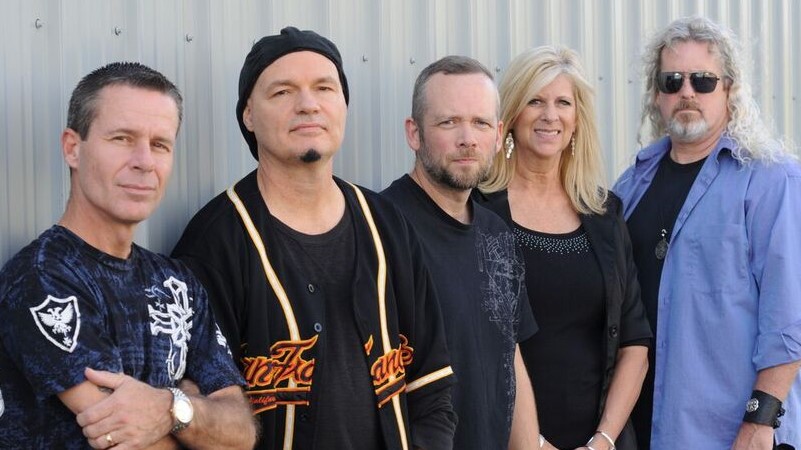 Playing all the memorable hits from Evolution to Trial by Fire, giving proper due to the MUSIC of one of the greatest bands of all time.

New Frontiers was formed in 2015 by guitarist Jimi Goare, with the idea that the MUSIC of this legendary band be paid its proper due. Instead of emulating other tributes that “look” like Journey, New Frontiers chooses to focus on recreating that classic Journey sound that everyone knows and loves.

From Neal Schon’s signature guitar tone to the lush harmonies that Journey is so famous for – lead vocalists Cliff Stanton and Jimi Goare are able to match the soaring voice of Steve Perry while engaging audiences with that familiar Perry banter. With a veteran line-up and Goare’s abilty to match Schon’s classic guitar solos note for note, the band is a formidable alternative to other Journey tribute bands around the nation.

New Frontiers performs the album versions of songs from Evolution (1977) to Trial By Fire (1996) including Steve Perry’s first solo album. The band is able to cover all vocal parts with ease, delivering a full-on, and accurate concert experience.

The bottom line? If you want more than a look-alike, Journey hit parade, take a ride back in time with New Frontiers to relive those crazy, summer nights when Journey ruled the airwaves!